The Value of Life

Many of you must have stumbled upon Oregano's Blog here through Pepper's blog.
It was shocking to read of a 23 yr old having Kidney failure without any symptoms and then reading about his journey, his willpower, the changes in his life makes one want to thank God every day for the healthy life he has given me and my near ones.

However we were faced with a somewhat similar situation a month back. One of my friend's kid, almost same age as my son, whom we have seen since he was 2 years old and is always in and out of our house playing with the gang had to have a liver transplant.
It hit us all from nowhere, the 6 yr old had no symptons, just complained of stomach ache a couple of times, parents took him to the doctors where they did some tests and said it was some viral disease, they could go back home.
2 days later he puked and so they again took him back, this tiem they send him to the Childrens hospital to conduct more tests, and aft 2-3 days they told the parents on a Wednesday night that his liver was 80% damaged and the only option was to do a liver transplant. On Thursday morning they got a donor and were ready to operate that night. This is when the friends circle came to know about it. We were shocked to hear about this, some of the guys went to the hospital whereas the few of us took care of their little ones.

The surgery went fine and Fri noon myself and 2 other friends went to the ICU. It breaks your heart in a thousand pieces to see a kid lying on the bed with tubes all over his body, I am even scared to think what his parents must be going through.
For the next few days we were in and out of hospital in turns helping out,taking food, being there, thankfully the kid was responding well.
There were a few hiccups here and there but after 2 weeks he got discharged.
He will have to take immunosuppression drugs for his life and for now the 1 year period is very critical to make sure his body adapts the liver.
He has to take about 20 pills per day and has to avoid crowds so that he does not get any common cold or any other disease as that will again lead to a hospital visit.

The liver biopsy was done and the doctors could not point out the reason for the failure which is another very scary thought. The said it could be any virus that may have attacked and it was acute which means the liver damage could have happened within a week.

I am sure God has some great plans for him, this life changing incident will definitely lead him to become a big doctor or scientist(the kid is way too smart, the smartest that I have seen till date)

Praying for the kid to be well soon and also for the health and well-being of each and every person in this world.

Go and hug all your loved ones, I definitely did that, Life is too short and precious.
Posted by Horizon at 10:55 AM 2 comments:

The little R completed 8 months today. She can sit by herself and can hold onto things and stand. She is eating mostly all foods in the pureed form. She also got 2 lower teeth coming out and one upper teeth.

She can babble a lot nowadays, still sleeping half hr morn, half hr eve and the 2-3 hrs noon nap. 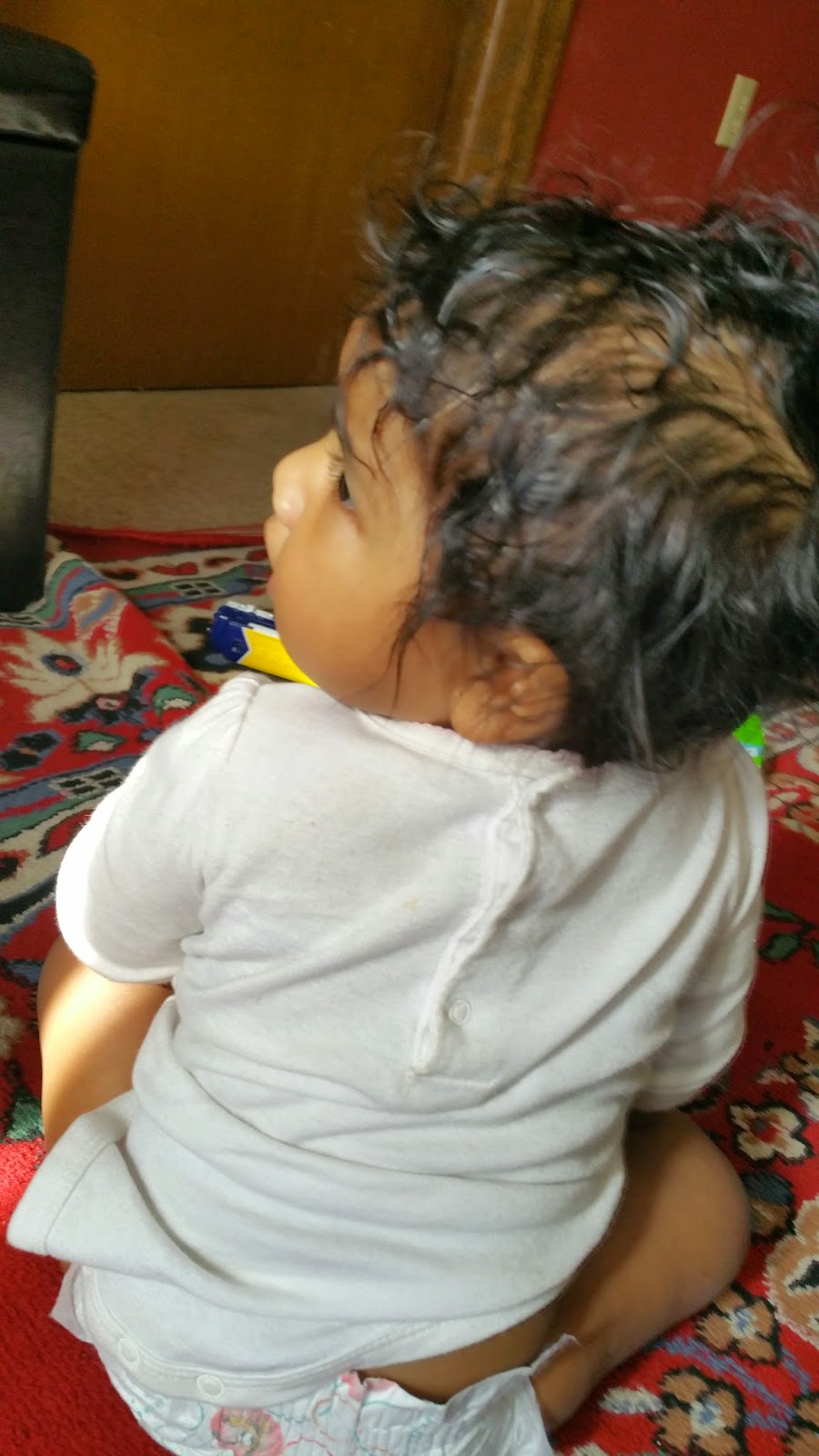 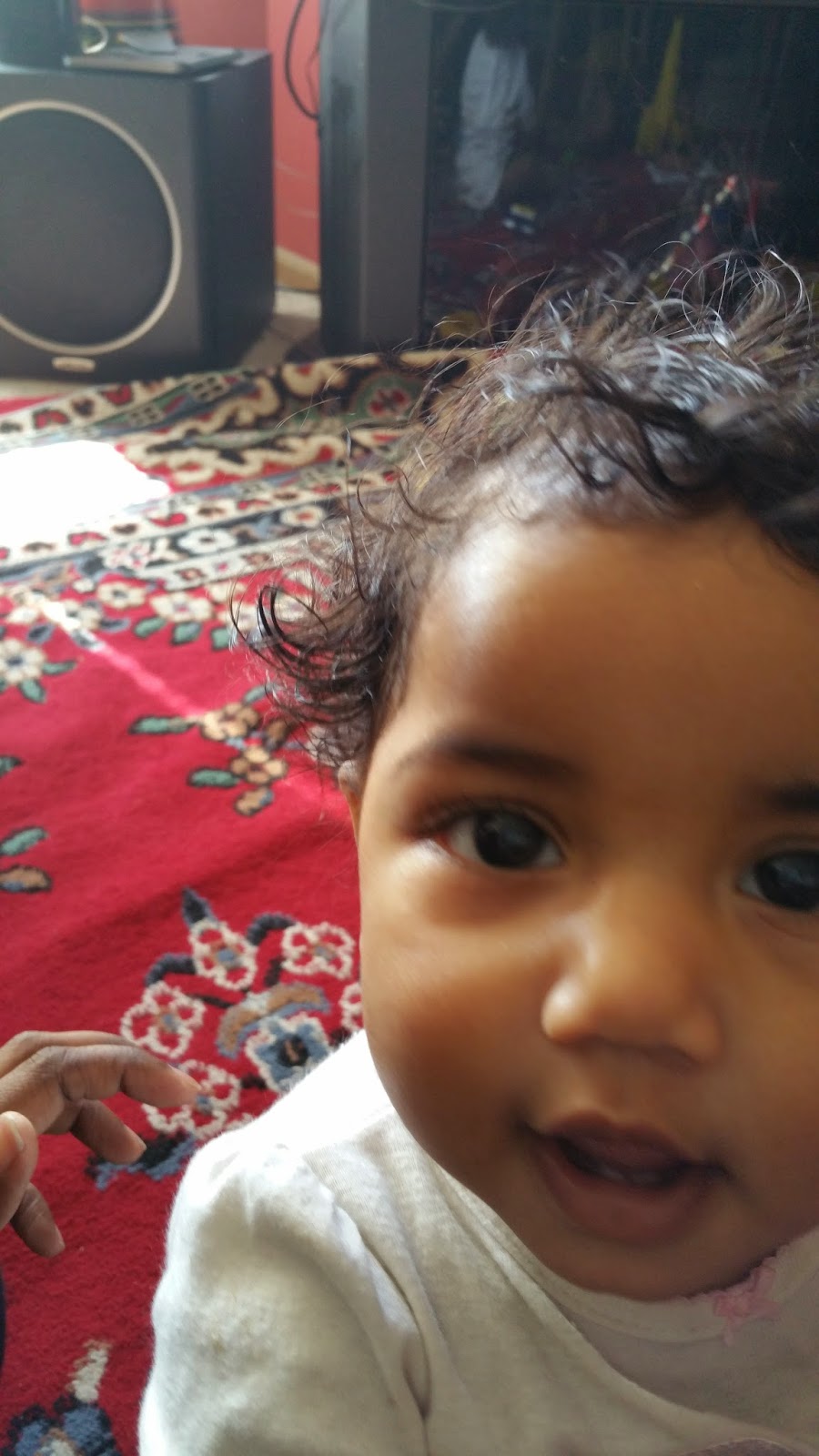 And then there were 2

This post is inspired from R's Mom post here .
Sibling love is the most beautiful and precious emotion  in the whole universe.

I see my little one's eyes light up the moment she sees her older brother, He in turn wants to hug, cuddle and kiss her all the times (xcept when he is playing on his ipad) even then if I ask him to entertain her he will call her quickly 'Kunniie"(in Malu).
He can dance and entertain her non-stop and she will always be in peals of laughter, if I do the same thing he does she will just smile. If he screams peeka--peeka boo you can hear her squeals in the other room.

At night he will kiss her and then tell me, Mom, she is the cutest or things like 'She is super cute Amma', I love her, she is my baby.

The younger one is no less, the minute anna walks in and squeezes her tight a bright smile will be plastered on her face. We will be scolding him as he might crush her or put her weight on her but she is always having fun.

Hope thier love and bonding continues as years go by.