Linking to a Giveaway

My way of entry to this giveaway is by commenting on my post, providing a link and giving a chance to all my readers to be a part of it.
So if you have not yet done it, go to this link here and be a part of the giveaway.

The pirze is a blue Ikat crescent shaped Hobo from Tignanello and the last day is tomorrow.
So why wait! Rush your entries Now!
Posted by Horizon at 3:20 PM 2 comments:

Which is your favorite?
Since I do not know the original model of the vintage cars, I am going to give my own names. 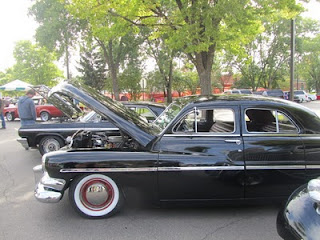 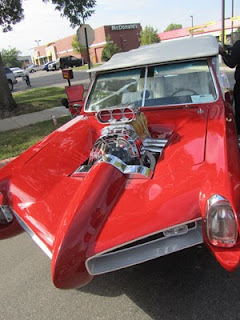 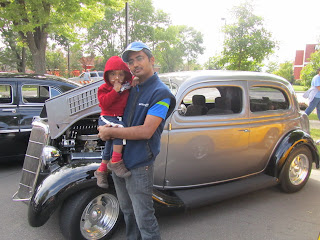 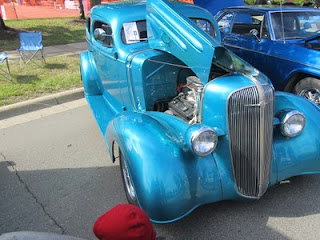 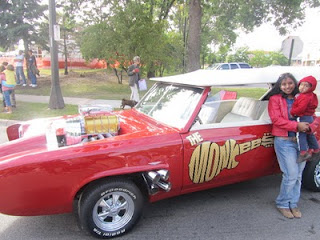 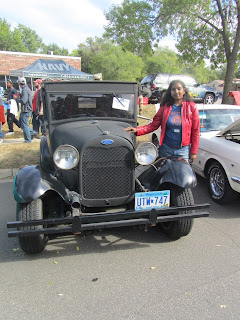 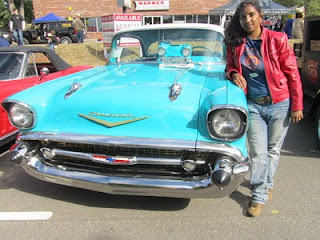 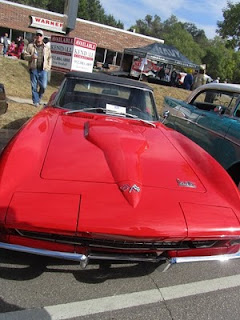 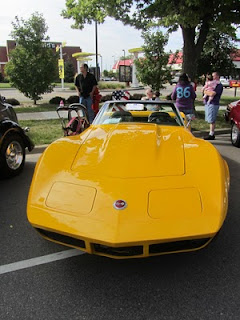 So I had decided to post everyday of this month but I missed the 9th post for reasons to be mentioned later and sice I missed 1 day I just Let it go.

The reason why I missed that day was that it was a Saturday (well, so what?, u may ask) arre week-end na baba, do not touch computer on week-end isiliye.
Yup, I do not log into my work PC on week-ends and since we share a common one at home I do not use it much just for ocassionally checking FB/Gmail.

I could have still taken the effort to churn out a post at night but hubby happened to put the movie - ZNMD, so sat watching it.
By 3/4th of the movie I couldnt wait for it to end, did not like it at all.
I have read good reviews on blogs and many have majorely fell in love with Farhan Akthar. I loved all his movies in the past but not this one. Bagwati??Really?

And then Mon morn on my way to office my car broke down. Just after I got off the highway it came to a stop. Since I do not carry a cell phone had to walk over and ask a gentleman for help. He willingly called 911 and I called hubby who in turn called the insurance.
Now the car is in repair mode.... 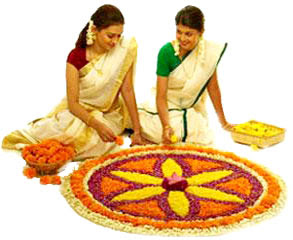 Wishing all my readers a very Happy Onam
Posted by Horizon at 10:03 PM 2 comments:

I first laid eyes on him 7 years back on Sept 8th 2004. I was on my second project assignment to US, in the state of Minnesota, in a city called Eden Prairie.

I reached the place at midnight of 7th Sept 2004, I was assigned a new project and I did not know anyone onsite i.e in US. I was told someone would pick me up at the airport and sure enough when I landed I met a guy who introduced himself and took me to my apartment which I would share with another girl.

Sept 8th 2004 (Wednesday), me and my roomie woke up and got ready to go to office.
This same guy had a car and he would take all of us. We both girls got in the back seat as the front seat was already occupied. He then introduced me to the front-seat occupant saying, This is G, who works with us, the entire company depends on him and the first thought that came to my mind was--Really! this lanky looking guy, what does he do that is so important? Well soon enough I learnt that he managed the databases which is the core of almost anything in IT industry.

We had an argument in the first week itself and then on whenever we spoke we were always on the opposite sides of the table. I have already mentioned in a post here if he was North, I am South , that different is our opinion on all things.
I remember one incident where in there was a migration going on and most of the people were working late night. My roomie happened to be one of them, in the morning G got some break-fast for her. After he left, my roomie says to me, Isin't he sweet and my reply was, "Yeah, a bit too sweet". It is a known fact that girls fall for bad guys and I was in that category too.
One thing led to another we soon became friends and got married 4 years back.
There was no formal proposal or anything from either side for us to remember and celebrate but we both remember this day and always celebrate and cherish the first moment we met each other.

So darling, wishing you once again and may we celebrate many more years of togetherness. 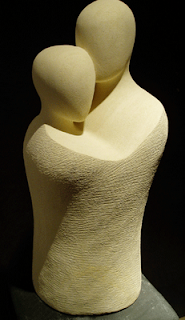 How do you feel when you return home at the end of the day? -Post 6

So today for lack of topic I am going to take the one from the NaBloPoMo prompt.
How do I feel when I return from home, in one word - Excited.
Excited to hug my baby, Eager to hear about his day, Earnestly cook for the day and then go out with baby. Meet up with friends and relate the days events.

This week was a long week-end for us and also the last day of the State Fair.
Catching the 11:30 State Express bus we reached there at 12:00 and spend about 7 hrs there. Though there are a lot of things to be viewed since we have our baby we went to the animal section and then the Kiddie section. 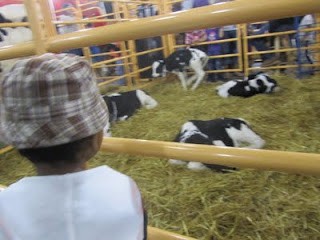 Ritvik had a great time in the Kiddie section, riding all the rides and wanting even more.
Finally we left there by the 6:30 bus and reached home at 7pm.
A well -spend day indeed. 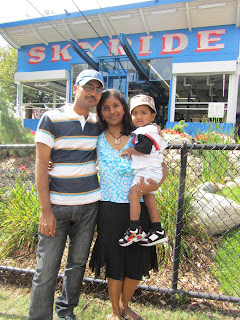 Each one do what they feel is right or comfortable with and I am not voicing my opinion on it. What I am about to narrate is how and when I changed mine.

In our community we do not have any surnames and so all I have is a first name and last name in my passport. Now during the time I got married the company that I work for came up with a new process. They made the surname field mandatory in passport and so I had to renew my passport once again with the name change. As I was getting married, I decided to change with my husband's name as that way any further travel documents that I would require would be easy to get.
Now one thing I know for sure is that I am not getting any divorce only to avoid going through the process of name change :)
At my workplace my name was still my father's name and my email id is still the same. Changing my name will not change me, I will still remain my daddy's precious little princess for ever.


Do you feel strongly about your maiden name or are you okay with changing it to your husbands name or a combo of both.
Posted by Horizon at 9:52 PM 2 comments:

Ganesh Chaturthi has always been one of my favorite festivals. I love Ganeshji, he is like a friend to me and am sure to many others too.
Now Pune is famous for all the Ganpati mandals and big celebrations, growing up we would always go to the bazaar to see the different type of mandals and decorations they had.
For 16 years I stayed at Dehuroad Estate and every year they would keep mandals and have various programmes. During the last 6-7 years of our stay there the mandal near our house used to organize really fun programs for the 10 days and year after year we would wait for them.
There would always be Antakashri competition, Fancy Dress, Rangoli and it would be concluded with Tambola.
A huge crowd would gather to play Tambola and whenever anyone won and went to get their tickets checked we all would scream out loudly 'Bogie, Bogie'. This was like a chant till the person was declared a winner or else it really turned out to be a bogie ticket.
Now there is an incident related to this, one day I received a letter(now during those days we rarely received any letters, as luck would have it my mom did not open it and when I opened to read it it turned out to be a love letter from one of the guys and the only hint was 'Bogie').
Well, I was not very interested anyways but even if I was I had no clue who the sender of the letter was.

After we left from there we moved to our own home so I have never been part of any Ganpati celebrations.
I miss those fun days with my friends and family. 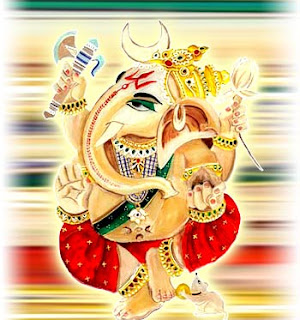 Happy Birthday Daddy and may you have many more to come

So I decided to join NaBloPoMo for the month of September here. This means that I have to post every single day of this month.
The site does provide prompts which you can take as a topic or else write one of your own.
The theme for this month is Return

Let me return to those childhood days
When playing outside was so much fun.
No laptop or Internet
But we had all the fun we could
No phone calls to make
And no mobile bills to pay
No bearing grudges or ego to be kept
When 'katti-katti' and 'puppy' made it all up
Let me return to those wonderful days
Those innocent days of childhood