Food for my baby

Now that in-laws have left and I am solely incharge of my son, I intend to do away with store bough baby food and cook them on my own.
Well I did right that but wait a minute - he just does not eat them.
Whoa! this is not what I had in mind, so now I have to try various tips and tricks to get him eating.
Will be jotting them down.

Steam apple pieces, offer as finger foods- refuses to open mouth after first bite.....
Feel sorry for myself, try to put it in his mouth by doing various antics but no luck- have to throw it.

Steamed apple again , this time pureed it in mixie- baby gobbles it up.
Sat: July 24th : Baby is down with cold, cannot give him his favorite banana ..
Morn: gave him a readymade pear/strawberry/granola fruit which was the last of the store bought.

Lunch- Boiled spinach in shallow water and pureed. Added some rice cereal to this. Baby loved it. 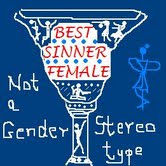 Today I have been tagged by (author of Reflections). Looks quite an interesting tag- ‘My Sins against Gender-Stereotypes’. We are supposed to list at least ten things you have ever wanted or done which your gender is not supposed to do .And you must tag twelve blogging friends or else you will be cursed to wear blue clothes pants if you are a woman and pink shirts if you are a man – for next twelve years.
I had been tagged quite some days back but saw the comment only today hence the delay....
1) To get topless @home or outside --would just love to do this.
2) Hate putting make-up, getting dressed up or for that matter even combing my hair.
3) As a kid I was with guys all the time, my neighbors were 2 guys and the only kids around at that time climbing trees , scaling walls, trying stunts on cycle...:)
4) Never helped my mom in cooking/cleaning/ironing......namely any household stuff, it was all done my my sister.
5) Love gambling and expert on any card games
6) Hate hate taking girly walks and gossiping, instead would spend time playing some games.
7) Hate reading Mills@Boons novels, tis too girly for me :)
8) Love love love blue color.
9) Hate shopping, I get easily bored after 15-20 minutes.
10) Lazy like hell, love to do nothing and sleep on the couch
Here Nancy..I have done my tag and thanks for tagging me :)
I tag Scorpio, pink dogwood and sulo badri

I dont know when it started
But I know it's true
All my thoughts now enclose You!

Do you realize the essence
In the increase of my patience
I hope you realize I love to be wanted
And not always taken for granted
Posted by Horizon at 12:20 PM 4 comments:

July 4th 2010: This year we had in-laws here and so decided to go to Las Vegas / Los Angeles. Now you can find my earlier trip details to Vegas here.

This time I had an option to stay at home with my bay for 4 days but hubby dear told very sweetly that we should come (that is what I recollect) though after the trip-- when I mentioned it was the worst trip till date(you will soon know why), he asked me why did I come? which would contradict my earlier statement.

All travel arrangemetns were done by hubby to which I had no clue off, all I knew was that we were flying to LV on a 4:00 pm flight (Fri- 2nd July). I shopped for 3 consecutive days prior to our departure. We were in all 11 of us going.5 from our family. My in-laws, hubby, baby and myself. Another family and 3 bachelors.
July2nd (Fri) we reached the airport got our boarding passes, passed through the Security check and boarded the flight. it was my baby's first air-travel and he seemed to be njoying it. We reached LV by 5:15 pm (local time PST which is 2 hours behind our time.)Baby pooped and had to clean him, the restroom was crowded, baby clung to me whole time was really difficult to clean him and get him out of there, anyway once that was done,we took a shuttle to the rental office. Two cars were booked to take us to the hotel. The other friend who was supposed to drive forgot his license. As I was the only other driver available I had to drive the other vehicle. So my family sat with hubby (who was one of the driver) and I was officially the chauffeur for the others.

We reached the hotel(Stratosphere) by 8 pm, got ready , went to a nearby Indian restaurant for yummy dinner and then went to Bellagio to see th dancing fountain. All co-ordintation witht he other party happened over the phone.we did not meet them and as it was already 12 pm we decided to head back to the hotel.
Once we all reached back we went up the tower to take a look at the breath-taking view and from there back to our comfy beds.

3rd July 2010(Saturday) - We decided to leave the hotel by 10 am , do a quick tour of the Strip and then head to the airport to fly to LA. But the others in the team decided to again head to the towers, we(me ,hubby and my sleeping baby) waited in the room for them..no camera to take pics :( as that was with my FIL.
When they returned there was no time except for lunch at the Indian restaurant and then back to the rental to return the car and then to the airport. Again we checked in for our 1 hr flight to LA. It was a tough task to carry all the luggage plus the baby (in shifts ofcourse)
We reached LA by 4:00 pm, again took the car and drove to Venice Beach which is supposedto be the oldest beach in California. Played for some time in the water and then it was a 2 hr drive to San Diego. We started to drive back by 9pm. I wanted to be with my baby but could not as I was chauffering..:(. Finally we reached the hotel at San Diego at 1 am which is 3 am for us officially. My back ached and hands and legs hurt..infact I ha dslight fever and was totally not up to go anywhere the next day.

4th July 2010(Sunday): My baby woke up at 6:30 am, my head hurt hard..I did not want to open my eyes. In-laws and hubby were ready , I did not want to move but had to, finally got dressed took some medicine and drove to San Diego. Weather was chilly - I had packed light clothes..was cold and miserable.
At Sea world we sawthe different shows like Pets Rule, Blue Horizon, Sea Lion and Otter Show, Shamu's Show. All were fun. we did not wait for the spectacular July 4th fire-works as we had a 2 hr drive back to LA.
We reached LA hotel at 12:00 pm and after a dinner of Pizza we slept off.

5th July 2010 (Monday): Today's destination was Universal. Me and Hubby decided to stay back with the baby but again since we were the drivers we had to take the rest off te gang to th Studios, after leaving them there , had to come back to the hotel, check-out and then we went to the Kodak Theatre. Fromt here we went to Griffith Park and then finally to City Walk where we met rest of the team and drove back in our respective cars to the rental and then to LA. We had a late night flight and we reached home early in the morning. No sleep inthe plane of course.

To summarize I could not spend time with my family, my baby and all the fatigue added to it.
Worst trip till date.
Epilogue- No more driving for us on our next vacation. it is too tiresome
Photos will be coming soon.
Posted by Horizon at 3:45 PM 2 comments: