The conversation at 3 Am

The other night myself, Bumble and Dindu were sleeping on the king size bed. Hubby conveniently went to the bunk bed as there was no space here anyway. Bumble @corner, Dindu and then me. In the middle of the night Bumble woke up and was very restless. I asked him a couple of times what happened, but he refused to talk and just kept making groaning sounds. After some time I realized , he maybe wanted to come near me and sleep but not being sure, was waiting for him to tell.
He then went to the bathroom and lay down on the ground for some time, I did not bother, then he came and started nudging me hard, I asked him to stop and when he did not I pushed him away.
At this he got upset and went in the front room. Next day morning was school and so after waiting for some time I went in the front room and calmly asked him "What he was up to"?
"You go away from this house, Amma", I do not need you. Okay, I said..come to sleep. No, you go away first..So I was reasoning on his behavior and then he accepted he wanted me to hug him and I said, You should have just told me but No..you have to come and push me hard blah blah and he kept saying"I do not need you".. So I said Ok, from tomorrow I am not doing anything for you. "ok, Amma, I'll ask Appa to do it". And then I went inside and tried to sleep and cried out loud bcoz my baby boy did not want me anymore. After some time he came inside and just stood near the bed, then I woke up and extended my arms, he came in and we both hugged and slept together.
Phew! All this at 3 am in the morning. What drama!
Posted by Horizon at 12:23 PM No comments:

Proud of the guys!! 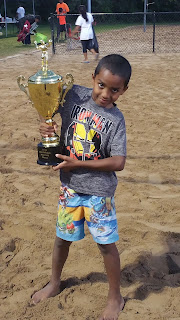 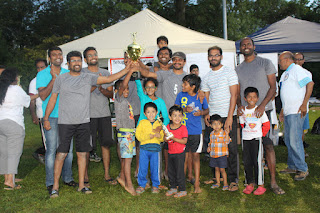 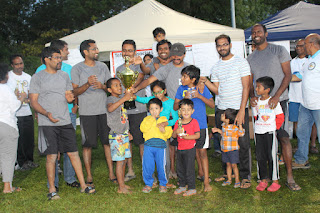 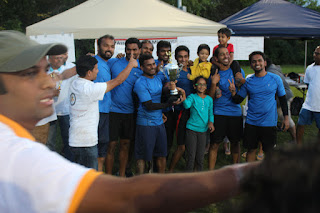 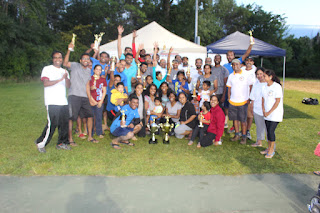 Yes, that is your nickname, just like how Anna is Bumble you are officially christened Dindu.
You are such a darling, I cannot wait each day to hug you back from day care and hear you chatter. The other day me and Appa were talking at dinner and you were Hush! Hush! No talking. It was so cute and we made a game out of it.
Anna and me have so much fun playing and looking at your antics.
Like how you take the toy phone and pretend to talk to your teacher, hello hello Kathleen.
how you repeat everything that is said to you, and nowadays how you give kissi.
the other day Anna was sleeping and you went near him and kissed him and hugged. oh My precious baby.

You are the joy in our world.
love you loads.